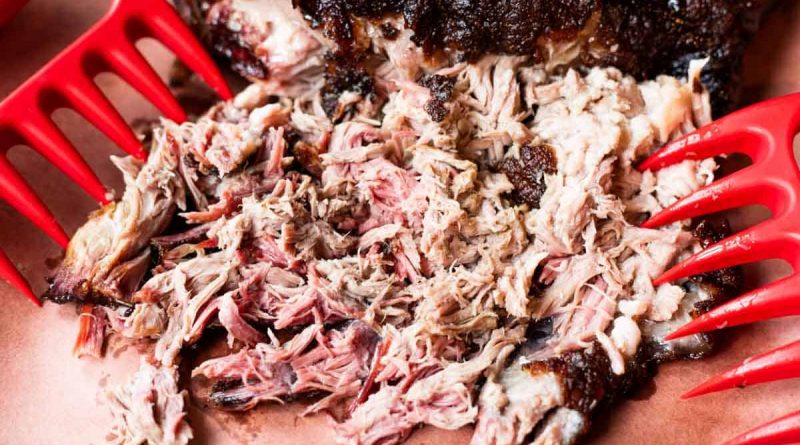 I don’t know why, but today I had an overwhelming desire to try my hand at pulled pork. I have never made it before and only ever eaten Grillstocks’ delicious version in a bap at lunchtime. I put out a plea for recipes on twitter and was reminded of the lovely Meg’s coca cola version, but I was already set on using cider.

My spice fanatic boyfriend recently purchased some of the most decadent smelling chipotle chillies I have ever come across. They are rich, smoky and sweet, and crying out to be matched with tender, juicy pork. Inspired by these and the cider I set about creating my own recipe. This is what I did, and I have to say it was pretty good! It definitely made enough for at least three, but we were greedy and finished the lot!

2. Sorry but you need a spice grinder or a pestle and mortar and some muscle for this bit. Put all the whole spices in, including the salt and whiz to a powder or bash til you are tired and have something resembling a powder.

3. Mix with the smoked paprika and oregano and rub into the meat. Leave for 30 minutes out of the fridge.

5.  After half an hour, heat the oil in an oven proof pan on a medium-high heat and add the onion. Fry until starting to turn golden.

6. Add in the chilli and garlic and fry for a further minute before adding the pork.

7.  Chuck in the sugar, brown sauce, vinegar, mustard and cider, bring to the boil, cover with a lid and put in the oven for 1 hr.

8. After 1 hr check and give it a good stir, if it is starting to dry out add some water. Then place back in for another 1.5 hrs, checking every half an hour.

9. After 2.5 hrs in the oven the meat should be nice and tender and most of the liquid will have gone. Switch the oven off while you make some rice or whatever you are having to go with it. We cooked rice with sweetcorn and kidney beans in it plus some sour cream and coleslaw on the side (excessive I know!).

10. Lift the lid off, tear the meat with two forks and serve!

I hope you find it as moreish as we did! Would love to hear your thoughts. P.s. Chipotle chillies can be bought from Otomi in the arcade in Clifton village, and you can surely get black cardamom at the sweet mart. Any other questions, let me know!